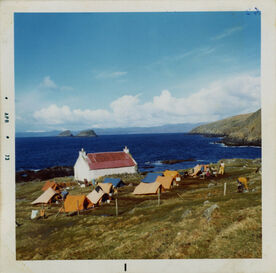 In May 2021 we launched a crowdfunding project to update the existing 150-year old bothy and build two new "sleeping" bothies next it. The project will keep the island open to wildlife enthusiasts for the next fifty years. Sadly we were unsuccessful reaching just over £14,000 in donations; aiming for a target of £65,000).

There are a number of reasons, however, to be positive. The campaign raised £11,000 in the first morning; £50,000 was pledged via our newsletter link (see below). But above at the feedback has been overwhelming.

We feel that a combination of getting more interested parties signed up from across a new variety of networks a new campaign would be successful. So please do sign up; and the moment we get to 200 signatures we will relaunch this campaign once more. Please read the campaign story below!

01. The only remaining structure is a 150-year-old bothy that keeps the island open to visitors wanting to stay on the Shiants. Over the many years the majority of groups that stay camp in tents, keeping the bothy as a separate communal space for meeting, cooking and playing games.

It wasn’t until the project flew in two portacabins to be used as sleeping and storage hubs by its volunteers that the idea of building more bothies was ever taken seriously. They were very popular with visitors when they were available; regularly preferred over tents providing beds, mattresses, privacy and overall gave sense of wellbeing on the island. They provided true shelter that tents, which can at times feel exposed on rainy or windy nights, could not. Overall they opened up the Shiants allowing the islands to become more accessible. Despite all their obvious advantages, the green metallic portacabins were not in keeping with the island and so were removed. The idea, however, of having a new set of “Shiant Bothies” remained.

02. The challenge of finding something that would work was not easy. Two years after the portacabins left that architect Iain MacLeod, who co-founded “The Bothy Project’ with his schoolfriend Bobby Niven, had a potential answer to a challenging list of criteria that work for the Shiants. The pair had produced a concept for bothies that were quaint, practical, fit with the general feel of the island and importantly could be built on a remote island.  Their business, already a national media story, was to build bothies on the mainland and then assemble them on-site in less than a week.Both artist bothies will have a double bed; with room for two extra beds under the gable. It is ideal for a family or group of friends. They are spacious and yet do not dominate. Soft and yet robust. With new sleeping bothies for visitors in place it would also mean that we could modify the existing bothy to turn the bothy into one large room by knocking through the central wall. In keeping with its old traditions will retain all of its existing charm, but be a more practical day and evening use where large groups can organise and plan by day and enjoy glasses of wine and dinner parties by evening. The other new addition will be a new porch; to throw wet hats and boots into without letting a draft into the bothy. New windows on the north and south side will make the place lighter

03. An artist bothy is perfect for a family (two adults – two children) or for a group of four friends. Please no more! If you want to book both bothies (ie. for larger groups), please book two bothies and make note of this. It is important to visit www.shiantisles.net/visit to get a list of suggested food and drink items Boat trips to and from the island are not included in the price, but email tom@shiantisles.net and he can introduce you to the boat operators directly. Please be aware that there are no plumbing or toilet facilities on the islands.

The Shiants are an important nesting ground. When observing the birds please keep your distance so that they're not disturbed. You must not touch their nests or eggs.

The Crowdfunder will go live in late August into early September to raise £100,000 (stretch) for the full end to end project to improve the existing bothy and to build the new ones. Monies raised from the campaign will be exchanges for gifts ranging from t-shirts to week long stays on the island.

If you would like to keep updated on the launch of the campaign and stay in the new bothies please register your interest below. 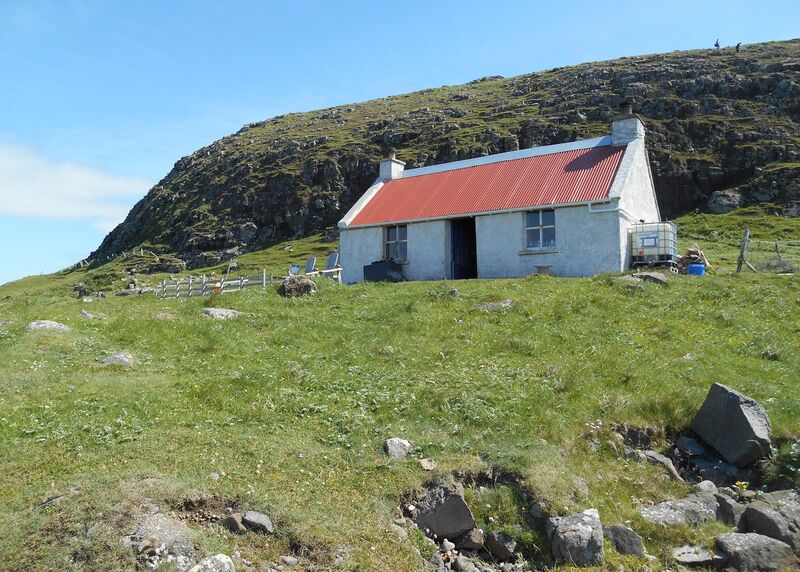 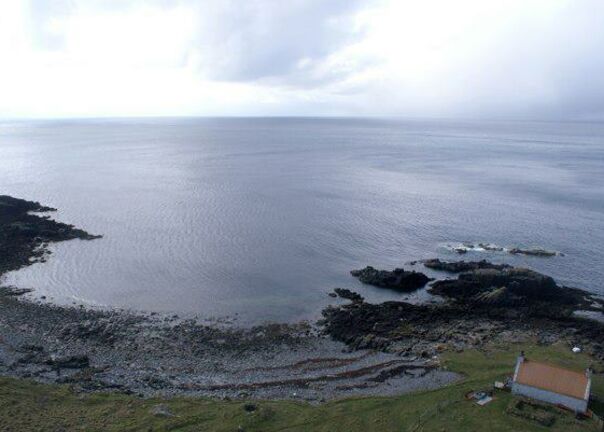 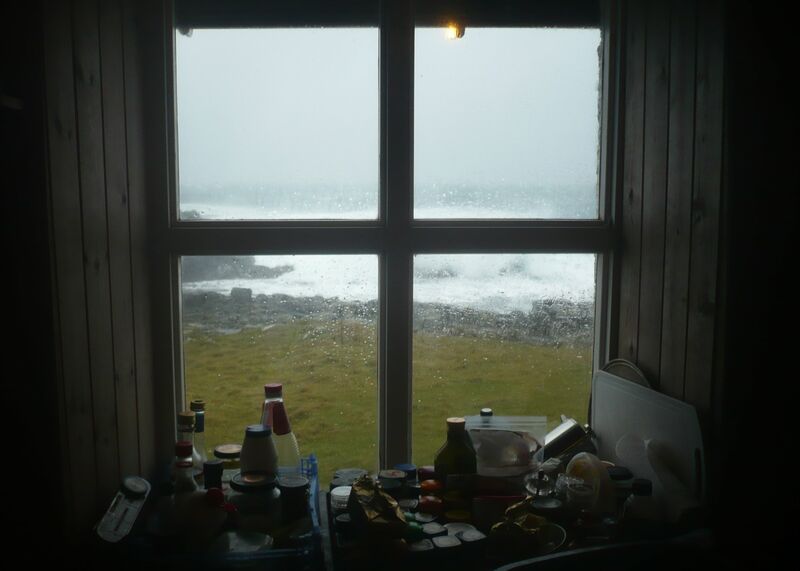 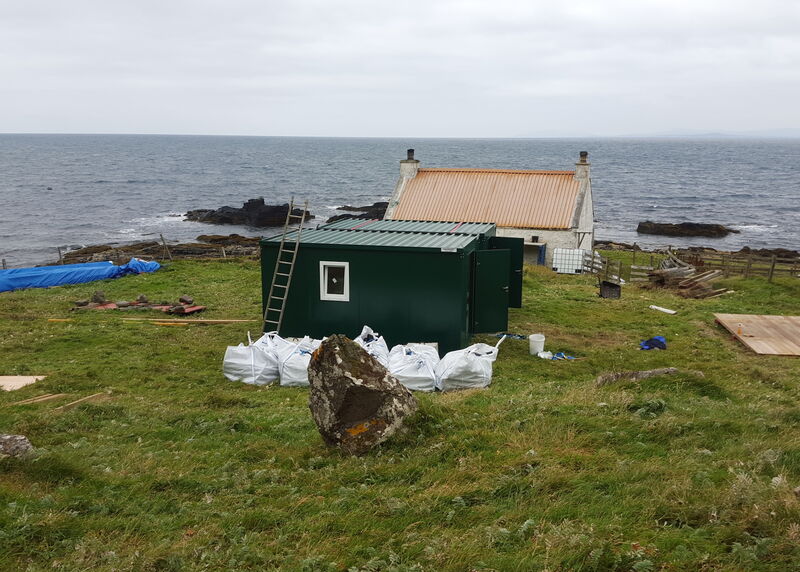 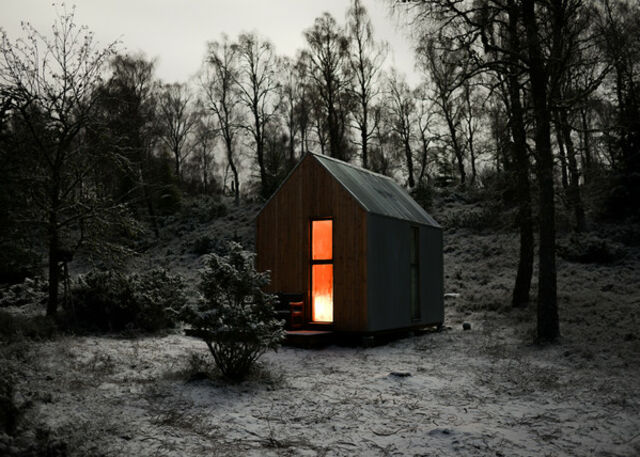 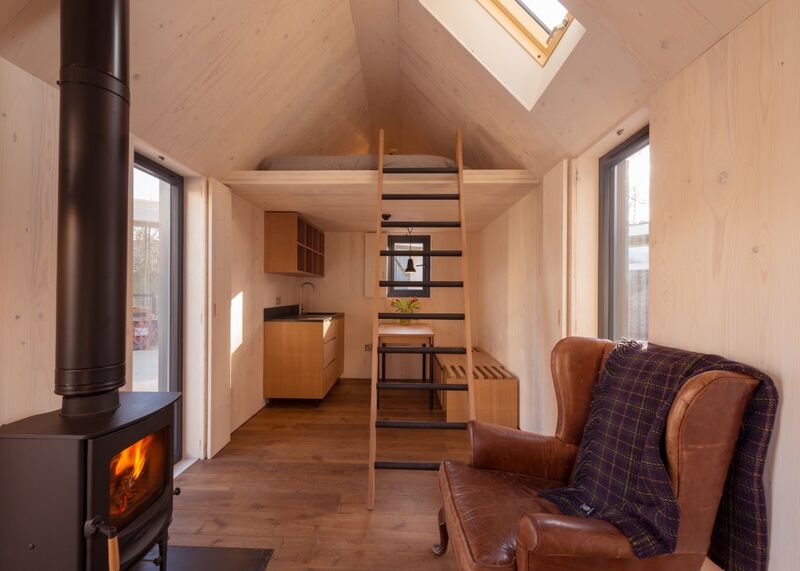 Register your interest and receive our newsletters